Advances in 3D technology are enabling more and more people to visit places virtually. Normally reserved for property development, surveyors and architects these techniques can be used commercially or for hobbyists. This post demonstrates 3 techniques used to capture real world places and digitise them in 3D.

We chose to capture a few examples of WW2 sites that have been enhanced using 3D capture techniques to help visitors experience the in a different way. We hope you enjoy them! 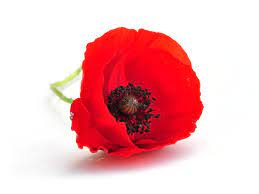 The preserved ruin and crypt of St George’s Garrison Church in Woolwich, London. This version also shows a ‘ghost’ model of how the original church would have looked.

The church was built in the Italian-Romanesque style in 1862-63 as a place of worship for Woolwich Royal Artillery garrison. In 1944 it was hit by a V1 flying bomb and largely destroyed by fire. The church was also bombed in the First World War when the stained glass was blown out. It has now been preserved with a memorial garden within the nave and the Venitian mosaics around the chancel, largely survive. The church was designed by Thomas Henry Wyatt (1807-1880) with his younger brother, Sir Matthew Digby Wyatt (1820-1877).

A World War 2 pillbox at the southern end of Hornchurch Country Park, London. The park used to be the RAF Hornchurch airfield, hence the defences in this area.

A nearby sign describes this hexaganol type 22 pillbox as a Battle HQ. The pillbox is mostly buried with the entrance having been elsewhere nearby (not currently visible). This documentary shows the entrance tunnel being excavated at around the 40 minute mark.

This documentary shows the entrance tunnel being excavated at around the 40 minute mark.

As young teenager in the CCF I marched past this a few times. Located in Stamford, Lincolnshire (UK) the War Memorial is located on Braod Street. in front of Browne’s Hospital. The Memorial itself features nine bronze tablets with the names of 237 servicemen written on front.

A fresh appeal was launched to raise funds for a new memorial to honour the local soldiers who had died during World War II. This comprised five bronze panels fixed below those of World War I and the War Memorial was rededicated on Armistice Sunday 1949. The iron gates were dedicated at a Jubilee Civic Service on 9 June 2002. It is cleaned twice per week by volumteers and mebers of the Royal British Legion.

How to track construction progress in 3D

END_OF_DOCUMENT_TOKEN_TO_BE_REPLACED
We use cookies on our website to give you the most relevant experience by remembering your preferences and repeat visits. By clicking “Accept”, you consent to the use of ALL the cookies.
Cookie settingsACCEPT
Manage consent

This website uses cookies to improve your experience while you navigate through the website. Out of these, the cookies that are categorized as necessary are stored on your browser as they are essential for the working of basic functionalities of the website. We also use third-party cookies that help us analyze and understand how you use this website. These cookies will be stored in your browser only with your consent. You also have the option to opt-out of these cookies. But opting out of some of these cookies may affect your browsing experience.
Necessary Always Enabled
Necessary cookies are absolutely essential for the website to function properly. These cookies ensure basic functionalities and security features of the website, anonymously.
Functional
Functional cookies help to perform certain functionalities like sharing the content of the website on social media platforms, collect feedbacks, and other third-party features.
Performance
Performance cookies are used to understand and analyze the key performance indexes of the website which helps in delivering a better user experience for the visitors.
Analytics
Analytical cookies are used to understand how visitors interact with the website. These cookies help provide information on metrics the number of visitors, bounce rate, traffic source, etc.
Advertisement
Advertisement cookies are used to provide visitors with relevant ads and marketing campaigns. These cookies track visitors across websites and collect information to provide customized ads.
Others
Other uncategorized cookies are those that are being analyzed and have not been classified into a category as yet.
SAVE & ACCEPT
Share This